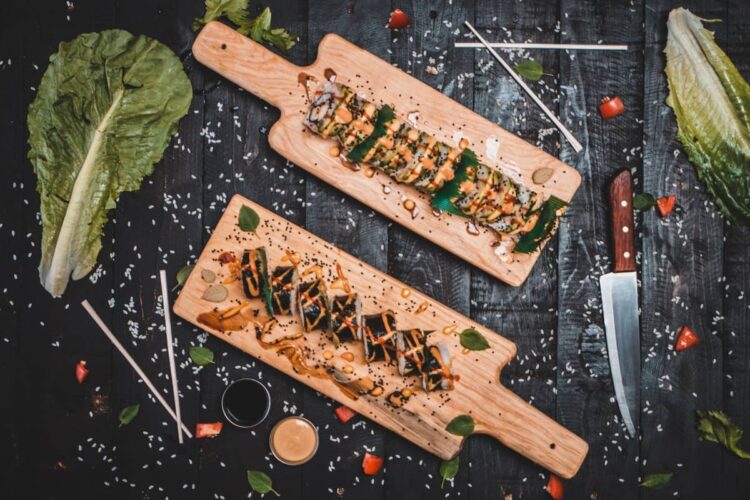 There are few forms of entertainment more appealing to chefs than cooking shows. For the lovers of the culinary arts, there isn’t a better way to hone their cooking skills than to watch quality cooking shows. And if you’re looking to become a better cook, then make sure to watch these next X shows.

Very few cooks find Top Chef a dull show. Simply said, this is one of the best shows to watch if you’re looking for quality television. The reason why Top Chef will make you a better cook is that the people competing in the show are the future restaurant owners. Naturally, these people know how to prepare a dish to impress the hosts. Top Chef has become a household name in the culinary industry.

Thes show is still ongoing with more than 279 episodes spanning across 18 seasons. That means you’ll have plenty of good time binging it and learning many culinary arts. As we mentioned, the winners of each season compete against other contestants in a series of challenges that are difficult to pull off.

And that’s exactly why you should pay attention to this show. You can stream the show on Hulu and follow the chefs on Instagram to learn all kinds of new cooking tricks.

Much like Top Chef, MasterChef is one of the few legendary cooking shows to binge these next few days. You’d be surprised just how many spin-offs this show has. From MasterChef USA to MasterChef Australia, there are dozens of spin-offs to keep you entertained.

The one we recommend is the MasterChef seasons where Gordon Ramsay appears. As you all know, Gordon Ramsay is one of the most notable names in the industry, with the guy owning 35 restaurants across the world. Not only that but the show awards $250,000 to the winner, and possibly the chance to open their own restaurant.

The show’s primary source is drama. While not the bad kind, but the kind that gets you off the edge of your seat. Much like any other show, MasterChef gives contestants challenges with the winner being the last cook standing.

The Great British Bake Off

One of the finest cooking shows for those who love baking, The Great British Bake Off is not only exciting but jam-packed with British humor. The main topic of the show is indeed baked goods. Contestants are asked to prepare baked goods such as cakes, cookies, and many similar types of goodies.

The reason why you should be following The Great British Bake Off is that it’s quite relaxing compared to other shows. Although contestants are competing to be the best British baker, they don’t actually get any prize. Instead, they are given a bouquet of flowers and worldwide fame for winning one of Britain’s most exciting baking shows.

Another reason to watch The Great British Bake Off is that it will help you hone your baking skills.

Moving on from a relaxing show to one that is notorious for being hellishly stressful. Hell’s Kitchen is Gordon Ramsay on steroids. The point is for the viewer to see just what goes on in a restaurant kitchen. And if your guess was excessive yelling, then you’d be correct.

Many say that Hell’s Kitchen is Gordon Ramsay’s personal way to relieve stress. But despite what you read about the show, the funny clips you see on Instagram, and the stories you hear about it, Hell’s Kitchen is a prime example of quality television.

One of the most popular episodes, the season 13 finale, was watched by more than 3.6 million viewers. Those are impressive numbers for a show where Gordon Ramsay vents his frustration at amateur cooks.

Who doesn’t love a bit of Guy Fieri? The popular and charismatic Fieri is one of the most entertaining personalities on television. If you know anything about Guy Fieri, then you probably know him as a celebrity chef. But even more so, you’ve probably heard about his world-renown catchphrase “flavortown”. Flavortown has become Fieri’s bread and butter.

His grocery store is called Flavortown Market. So what better way to combine his grocery store and turn it into a television show about cooking? You host cooking games in your grocery store of course. Contestants in Guy’s Grocery Games are amateur chefs that compete in a series of challenges.

These challenges are all about picking groceries that you’ll find in a normal grocery store. But the catch is to make quality dishes. While Guy’s Grocery Games doesn’t have exotic spices or ingredients, it has everything you need to prepare meals at home and be a better cook.

Hi, I'm CJ. A Southerner in New York with a passion for good food, an amazing lifestyle, and a clean kitchen.